Get fresh music recommendations delivered to your inbox every Friday.
We've updated our Terms of Use. You can review the changes here.

Everything I Wanted Love To Be 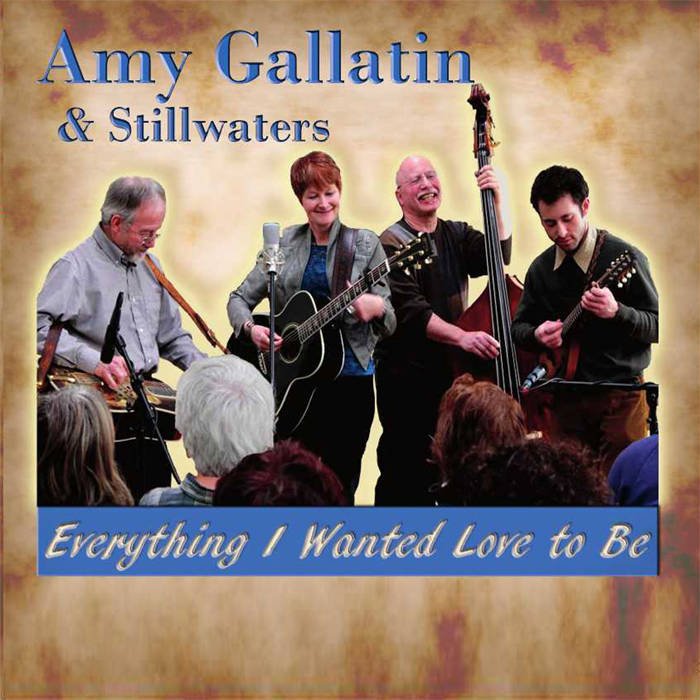 Everything I Wanted Love to Be is Amy Gallatin & Roger Williams second, and long-awaited, band project, the first since 2007’s Phoenix. Amy Gallatin has been a staple on the acoustic music scene since the release of her Long Way Home in 1998--a collaboration with ace Nashville producer Rich Adler (Valerie Smith, Iris DeMent, John Hartford, Dolly Parton)--which featured her shimmering, heartfelt vocals and quality song selection. Renowned resophonic guitarist Roger Williams has long been known for his masterful touch on the instrument during his tenure with White Mountain Bluegrass, Salamander Crossing, and the IBMA-award-nominated Southern Rail. The two are enhanced by the mandolin wizardry of Roger's son, Berklee College of Music student JD Williams, who--in the time-honored tradition of musical consanguinity--complements his father's style perfectly, and by veteran bassist Eric Levenson, formerly with Joe Val and the New England Bluegrass Boys and later with Boston City Limits.The album began as a vehicle for oft-requested songs from their live shows, but the lure of bringing new songs to light proved irresistible, and in showcasing undiscovered gems from Nova Scotia’s Ryan Roberts, Syracuse’s John Cadley, New Hampshire’s Rick Lang, Nashville’s Ashleigh Caudill, and even a song written by Dutch composer Elly Beurskens, the group exploited the connections they have made in their extensive travels to bring together this collection of twang and tenderness. Rick Lang and Roger have been frequent musical collaborators, and although Amy met talented songwriter Ryan Roberts in Nashville, their paths cross frequently in the course of the group’s frequent tours to Canada. Ashleigh Caudill is a graduate of Berklee College of Music in Boston, where JD is currently a student. Stillwaters pairs up regularly with John and Cathy Cadley when they do swings through central New York, and of course their regular European tours, including an appearance at 2014’s European World of Bluegrass in Voorthuizen, Netherlands, have yielded influences from the fervent and thriving bluegrass scene overseas. The result is a toe-tapping blend of heartfelt vocals, soaring harmonies and red-hot picking, traditional yet modern and distinct.

The powerhouse duo Amy Gallatin and resophonic guitarist Roger Williams—20 and 40 year veterans of the New England music scene--joined forces a few years ago to explore their mutual love of country standards, served up with an acoustic treatment in the bluegrass vein. The result is a toe-tapping blend of heartfelt vocals, soaring harmonies and red-hot picking, traditional yet modern and distinct. ... more

Bandcamp Daily  your guide to the world of Bandcamp

sndtrak stops by with an Album of the Day Feature of his most recent release, FLIPS V1: Triple Lindy